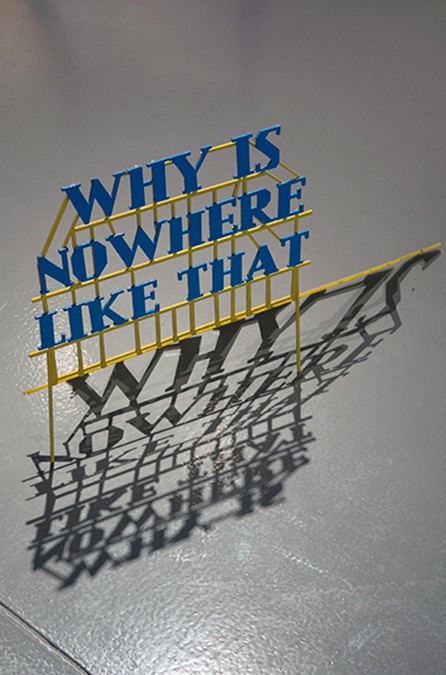 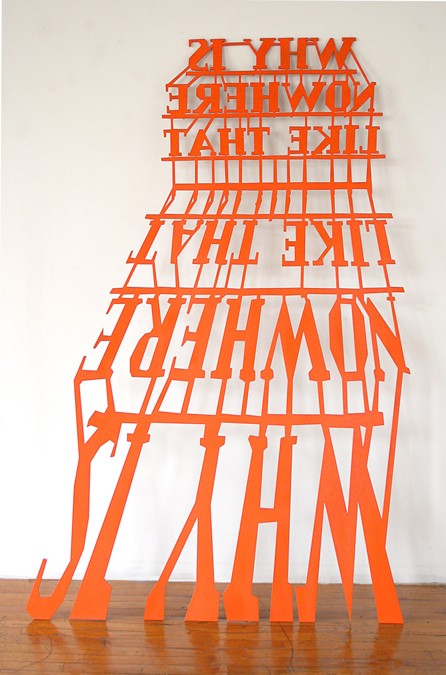 Why is Nowhere Like That / 2014 / painted laser cut steel 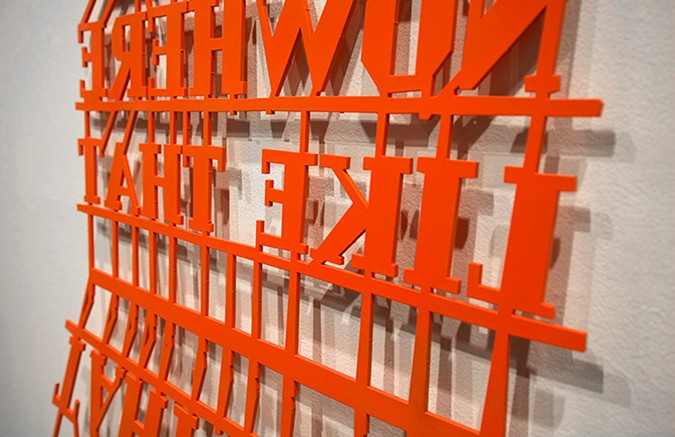 Why is Nowhere Like That / 2014 / painted laser cut steel

The Most Boring Day of the Twentieth Century / 2011 / digitally carved wood, paint 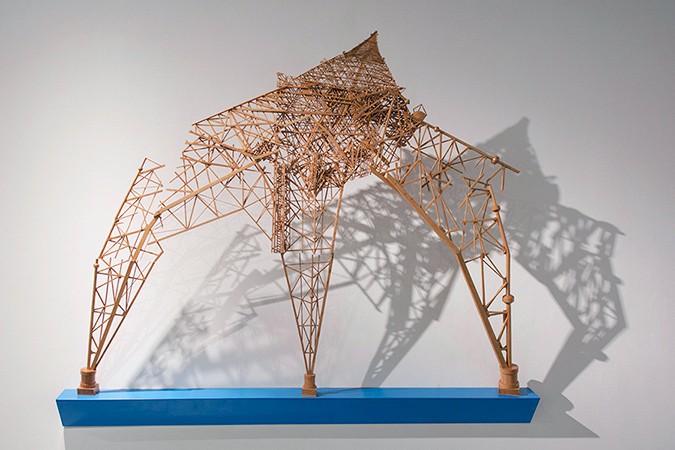 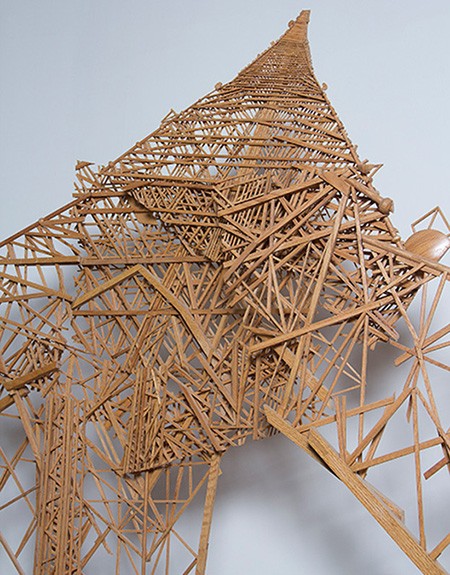 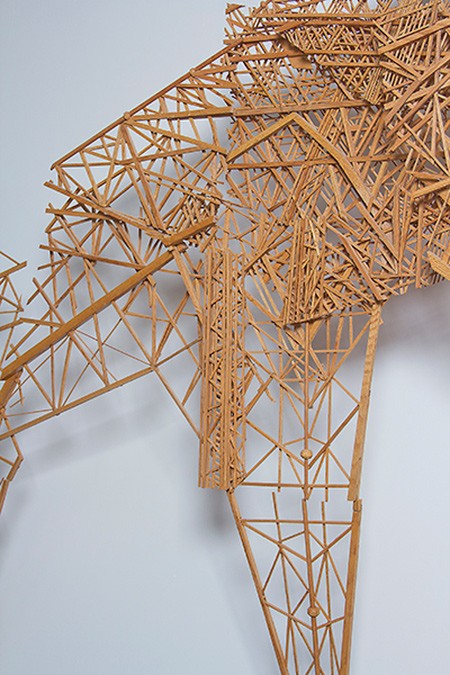 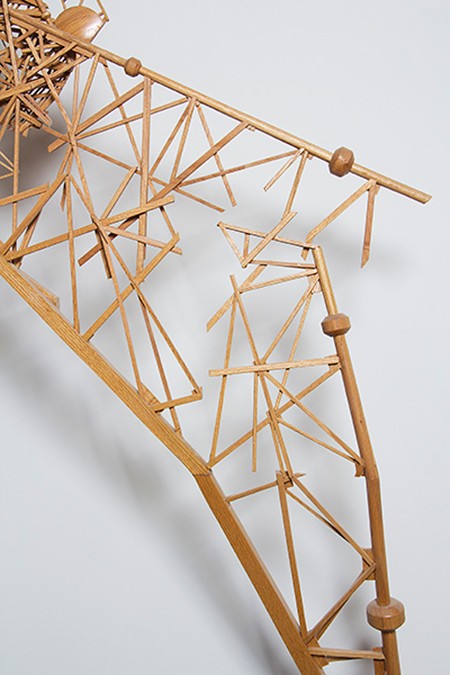 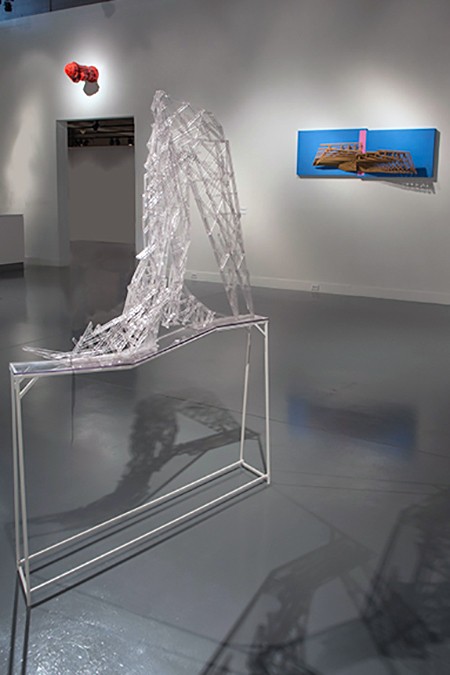 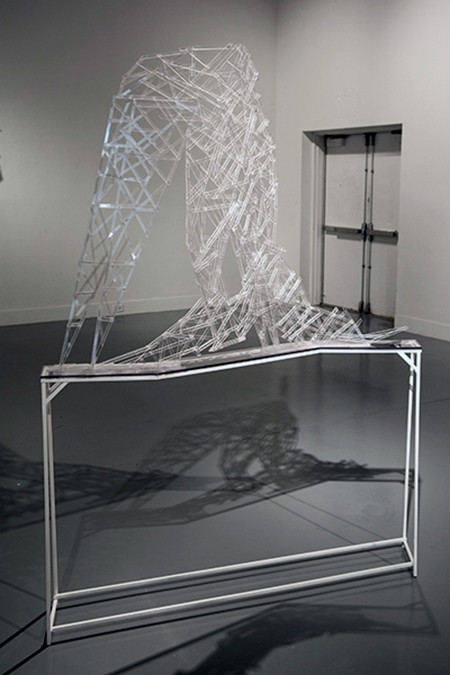 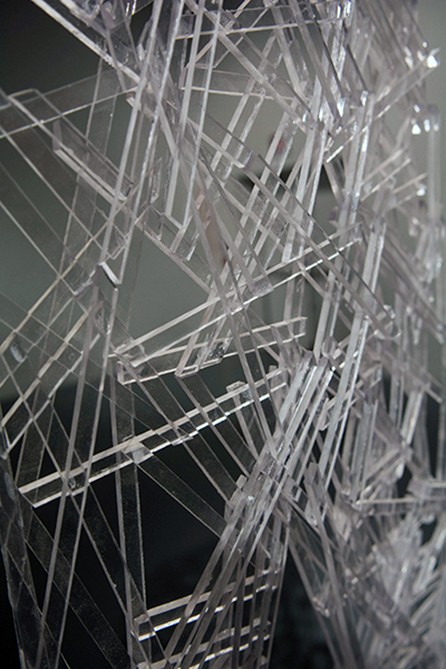 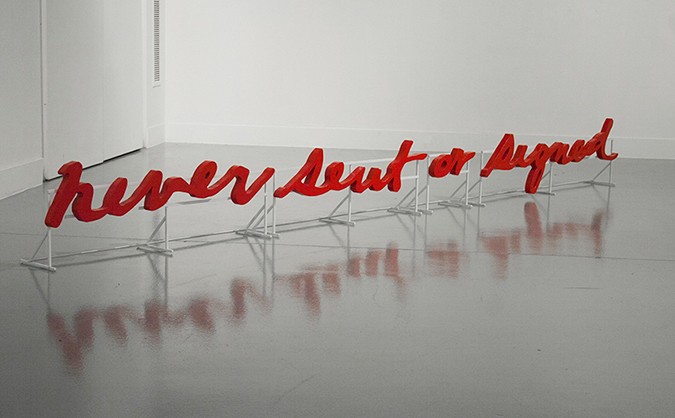 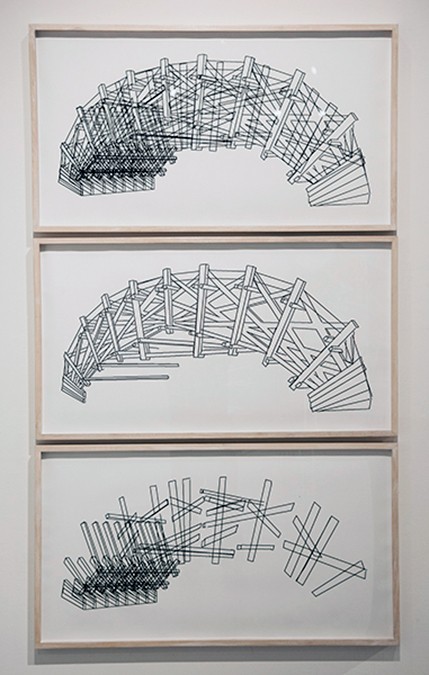 triptych) Reimagining the Temporary Structure Under the Waterloo Bridge / 2014 / Ink on paper. 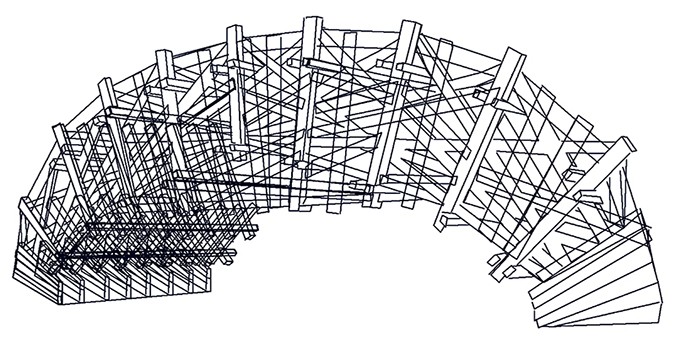 Reimagining the Temporary Structure Under the Waterloo Bridge / 2014 / Ink on paper. 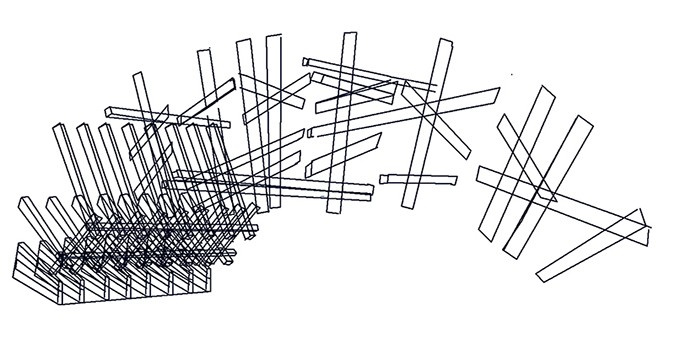 In my work I explore the relationship between the digital realm and the physical realm through the construction of objects, contrasting the handmade with the computer-mediated. I am interested in dematerializing solid objects that have already become ideas and giving physical form to invisible aspects of our digitally fragmented, mediated society.

For example, in 43-05-26.0 N 087-53-50.0 W: The Tallest Free-Standing Tower in the World of August 1962, I hand crafted a wooden sculpture of a transmission tower. This wooden tower was engineered by following a blueprint made from multiple photographs shot so close to the subject that any camera angle would only capture a small fragment of the whole. Using this process of disassembling and reassembling information I harmonize with the function of a transmission tower. In this work irreconcilable perspectives and contradictory views work together to produce an image of a tower that is both scrambled and instantly understood. An image that is somewhere between representation and abstraction, referring to the physical presence of the transmission tower and what it roll to plays in our socially constructed reality.

A team of scientists developed a computer program that used 300 million facts to calculate that April 11, 1954 was the most boring day of the twentieth century. Emphasizing a day that was determined to be devoid of any major news events or the birth or death of anyone famous, illustrates the contradictions inherent in a day that is now notable for being boring. I celebrate April 11, 1954, with a wooden advertising sign. The sign suggests significance, but functions as a humorous symbol for the incomprehensible amount of data we have available. We are unable to analyze the 300 millions facts used to determine most boring day of the twentieth century or pragmatically use this piece of trivia to critically compare April 11, 1954 to another date in history. The digitally carved cursive font gives a formal reverence to the day with nostalgic handwriting that was once ubiquitous and mainstream, but is now unpracticed by most. Underlining a relationship between data, trivia, celebrity, obscurity and humor.