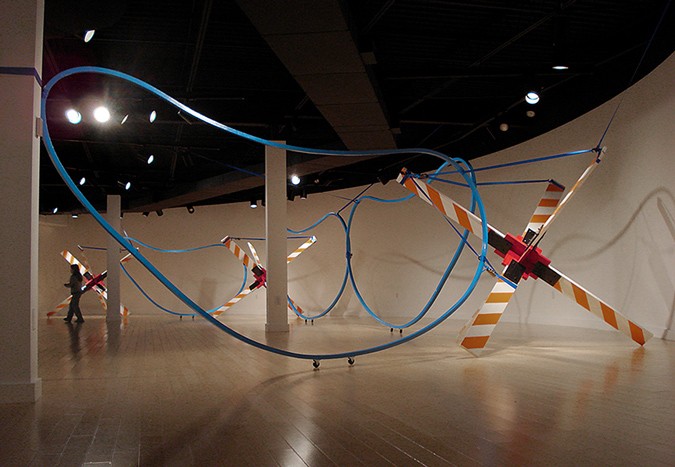 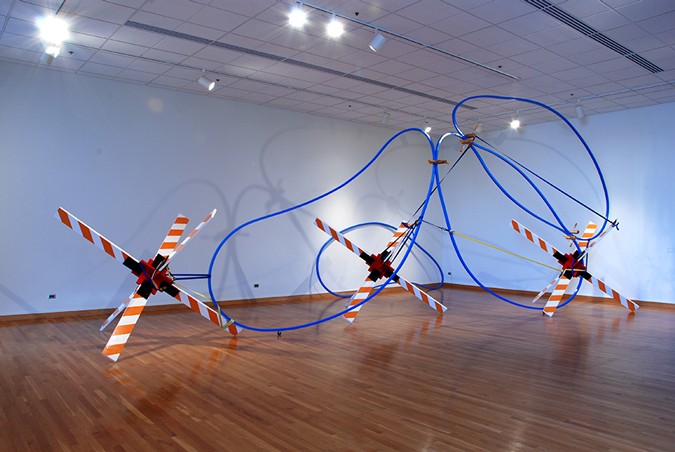 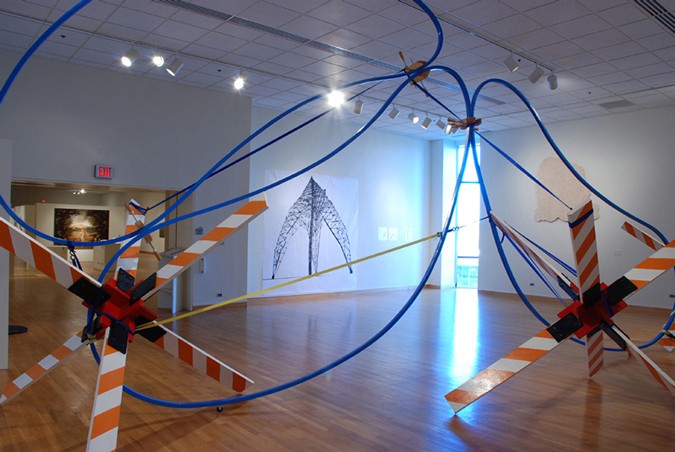 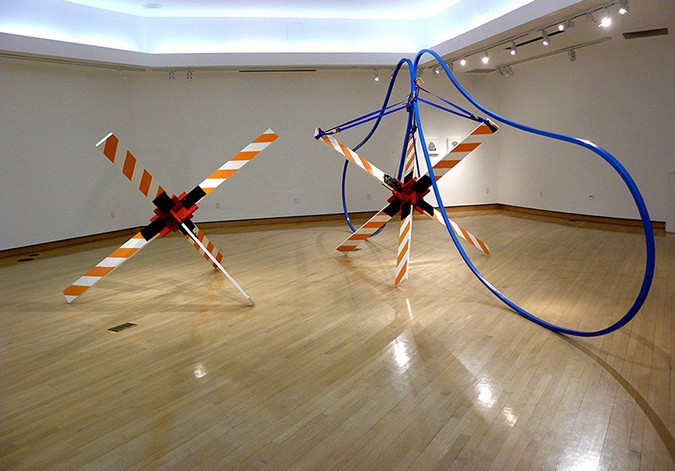 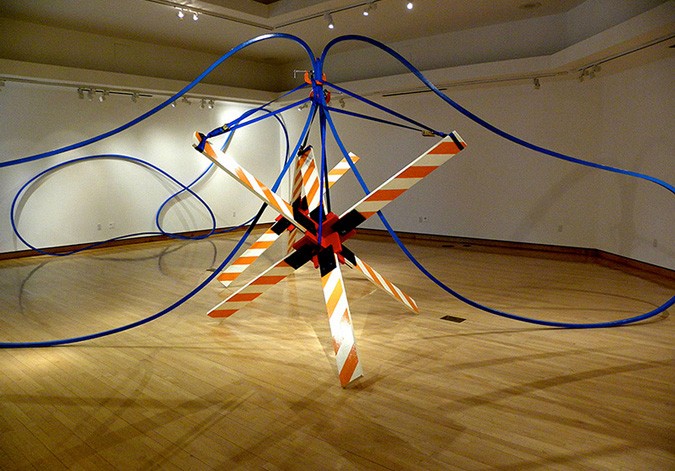 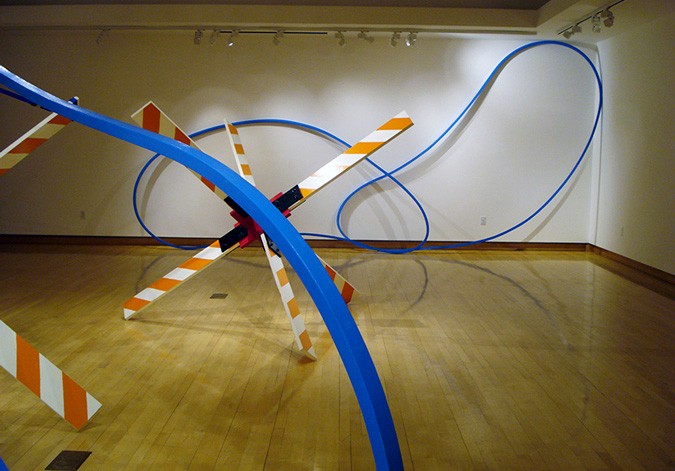 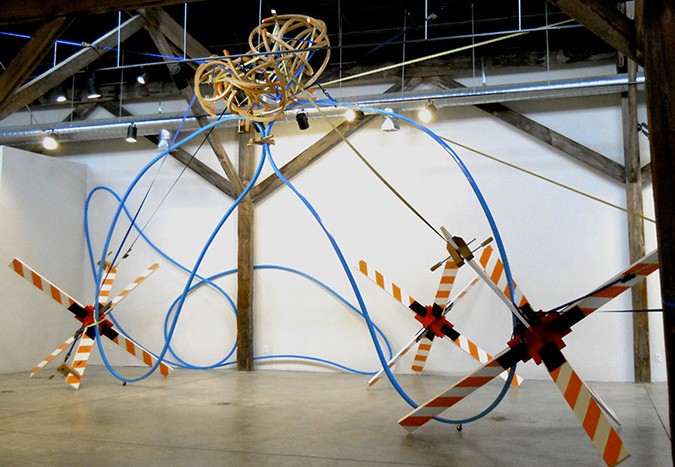 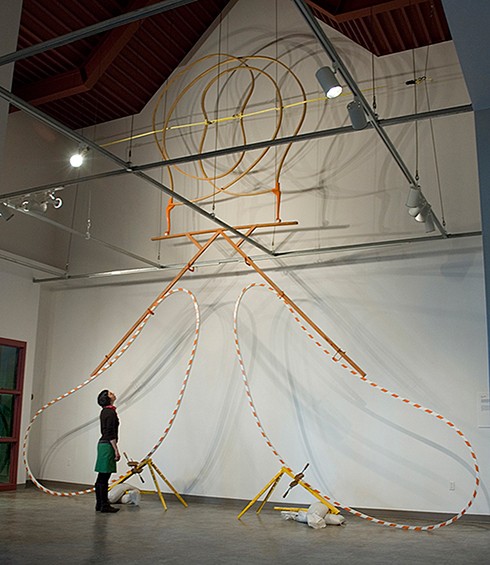 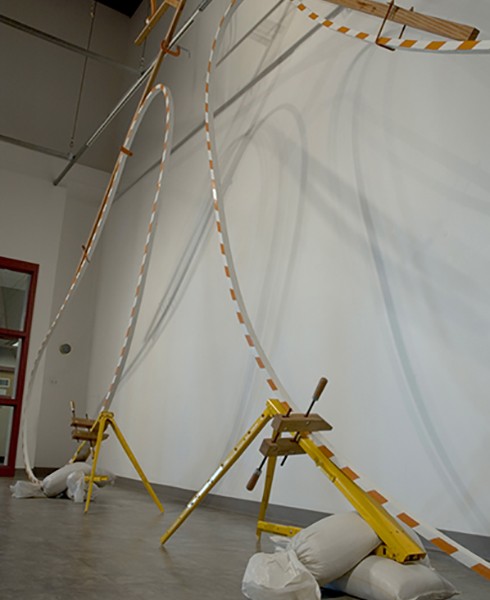 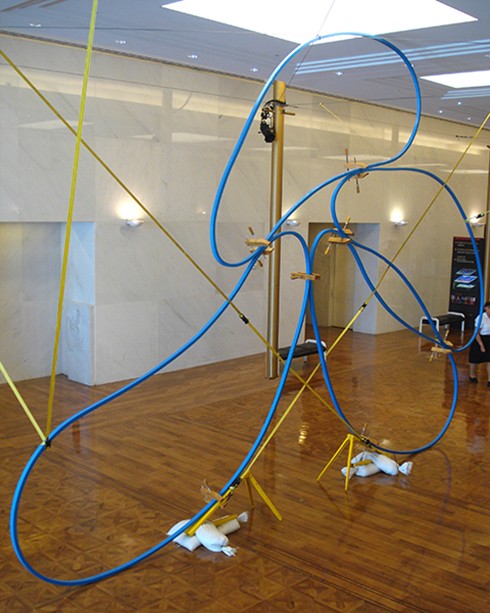 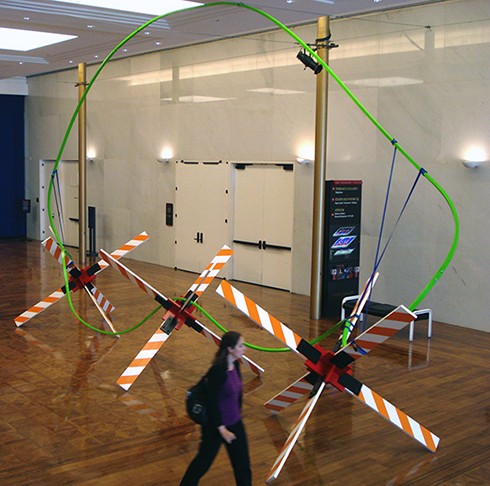 “Manners are made up of trivialities of deportment which can be easily learned if one does not happen to know them; manner is personality—the outward manifestation of one’s innate character and attitude toward life."
Emily Post, the grandmother of American etiquette

Just as Emily Post saw manners made up of trivialities of deportment, I see this body of work comprised of trivial structures and systems balanced and braced in an arbitrary postured stance. The manner in which we produce and in turn are shaped by our products is a source of fascination and unease. I am engaged with how the interchange between our mental architecture and our physical world continues to grow and take shape with gaps in understanding.

Working with an affinity for minimalism and process my efforts in the studio produce objects that appear to be ubiquitous and invented, assertive and unstable, logical and absurd in equal measure. Akin to a totem pole this posture of elements tells a story about the culture it comes from.